The earliest record of Cerlecote (the cottages of the churls, or free peasants) appears in the Domesday book. Saxi, a freeman, held the land, estimated as 3 hides, or about 360 acres. There were 2 mills, and 12 acres of meadow. One Mill was on the Avon, the other east of the present Knobby Bridge was on the River Dene. They were valued at 21/-. There were 7 slaves (belonging to Saxi?), 14 villagers and 2 smallholders. 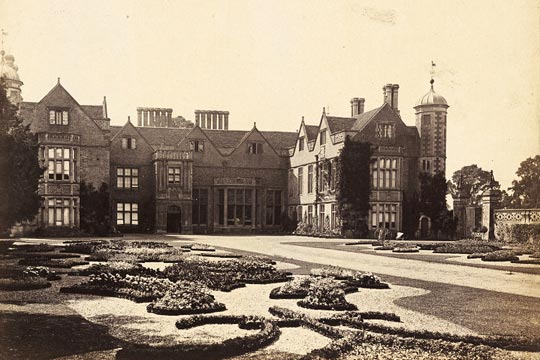 The Charlecote estate and the Trinitarian Friary at Thelsford

The history of the parish is inextricably linked to that of Charlecote House and estate. It was part of the estate given in 1189 by William de Montfort of Beaudesert, near Henley-in-Arden, to Thurstane de Cherlecote. Thurstane’s grandson, Sir William de Lucy, built the first manor house at Charlecote, and also founded the Trinitarian Friary at Thelsford, later disbanded at the dissolution of the monasteries by Henry VIII. The foundations of the friary were excavated prior to the building of the new road and bridge across Thelsford Brook.

In 1572, on August 24th, Queen Elizabeth I paid a visit to Sir Thomas Lucy at Charlecote, on her way from Warwick to Compton Wyniates. Sir Thomas built both the mansion, and the famous gatehouse. Shakespeare is supposed to have poached deer from Sir Thomas. At this date the road from Stratford came straight through the park, crossing the River Dene close to the stables.

In 1744 George Lucy inherited the estate. A map of 1736, made by James Fish and held in the Record Office, shows the extent of his estate lands, which spread well beyond the parish. George commissioned Capability Brown to remove the formal gardens and to landscape the park, including the creation of the lake and alterations to the River Dene. In 1755 George obtained a Royal Licence to divert the Stratford road outside the park and to build a new bridge, the ‘Knobby Bridge’, over the Dene. The old mill near the bridge was demolished, and new kitchen gardens for the House were made here. In 1762 Charlecote Mill on the Avon was rebuilt.

In 1829, a new single span iron bridge was constructed over the Avon by the Lucy family, replacing a narrow wooden bridge. Made at the Horsley Iron Works in Shropshire, the new bridge must have been the cause of great local excitement. It is thought to be only the second iron bridge built in the world, following that at Ironbridge Gorge, Coalbrookdale, opened in 1781. When the Hampton Lucy lane was closed to traffic in the early 1990s for strengthening repairs to the bridge, villagers from both parishes were able to walk along the road, chatting to others they met, much as it must once have been.

Mary Elizabeth Williams, a Welsh heiress, revived the family fortunes when she married George Hammond Lucy in 1836. Her money provided for an extensive rebuilding of Charlecote House and a lavish refurnishing of the interior. The Victorian way of life, working on the land, looking after the horses and carriages, brewing, tending the elaborate box edged bedding schemes in the gardens, and maintaining the big House meant that most of the villagers were employed on the estate in one way or another. In 1836 a fine new vicarage was built, and the new school was built in 1840-1.

Within the parish most of the farms were tenanted. Many improvements were carried out. A row of new brick cottages were built in the village, with tiled roofs rather than thatch. Charlecote Mill House was enlarged, and several new estate barns were built, including a large extension to Jacksons’ Barn. The sawmill and pit, now a garden behind Simmonds Barn, which was originally a timber framed building, probably dates from this period. 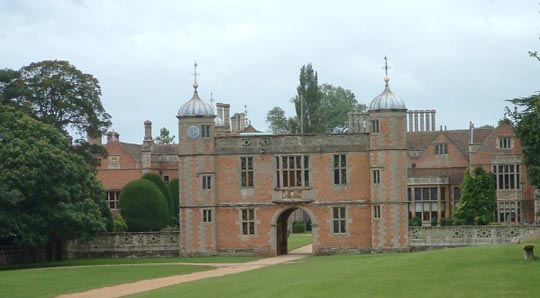 The celebrated gatehouse at Charlecote Park

In 1845 George Lucy died, and his widow employed the architect John Gibson to build a new parish church, begun in 1851, as his memorial. Old prints keep alive for us the appearance of the little Norman church which we used to have. The other large Victorian house in the village is that of Beanham Farm, opposite the church, converted in 1960, with its old barns, into what is now the Charlecote Pheasant Hotel.